Dorian is an Companion in Dragon Age 3: Inquisition.

"Being from a proud bloodline of the Tevinter Imperium has its advantages: Dorian was born with a flair for magic that made him the envy of his peers. He is charming and confident, his wit as sharp as any blade, and if some suggest his manner cocky, it could be attributed to being a powerful mage in a land where mages rule. Indeed, Dorian would be the pride of his family—if he didn't oppose everything his homeland has come to stand for. He wears the labels of "pariah" and "outcast" proudly, knowing that views of the Imperium are unlikely to change until and unless someone of his ability stands up to make a difference."

How to Romance Dorian

Dorian is a pariah mage from the Tevinter Imperium who joins the inquisition as a companion. Witty and prone to sarcasm, Dorian will reject commentary on Tevinter and those seeking to romance him should focus on understanding his sharp humor and pride in himself, as well as his achievements. Avoid brusque answers. 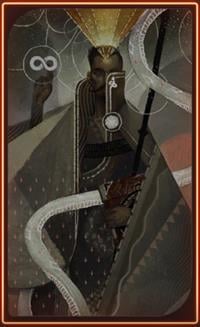 Dorian's approval rating is determined by your choices in conversation and in the game decisions in Dragon Age: Inquisition. Below is a list of all his reactions to quest and personal dialogue. Approval rating may be checked at the "Gather Party" screen by observing the cards, or by the interactions with the NPC.

Helping Dorian kill the 3 Venatori will grant ( +3) for each (Greatly Approves).

During Someone to Lose, if you tell Emalien:

(after) One Less Venatori

"... those who put the good of others above themselves."

Tell me about Alexius