Storm Coast Fissure is a region in Dragon Age Inquisition. It is located in northern Ferelden, along The Storm Coast. It is part of the The Descent DLC.

Storm Coast Fissure is the first location encountered after going through the cave in the Storm Coast. You will meet Shaper Valta once you reach here, who assists the Legion of the Dead, lead by Lieutenant Renn. You will need to help them fight off a bunch of Darkspawn to establish camp, serving as a checkpoint in the journey to Deep Roads. 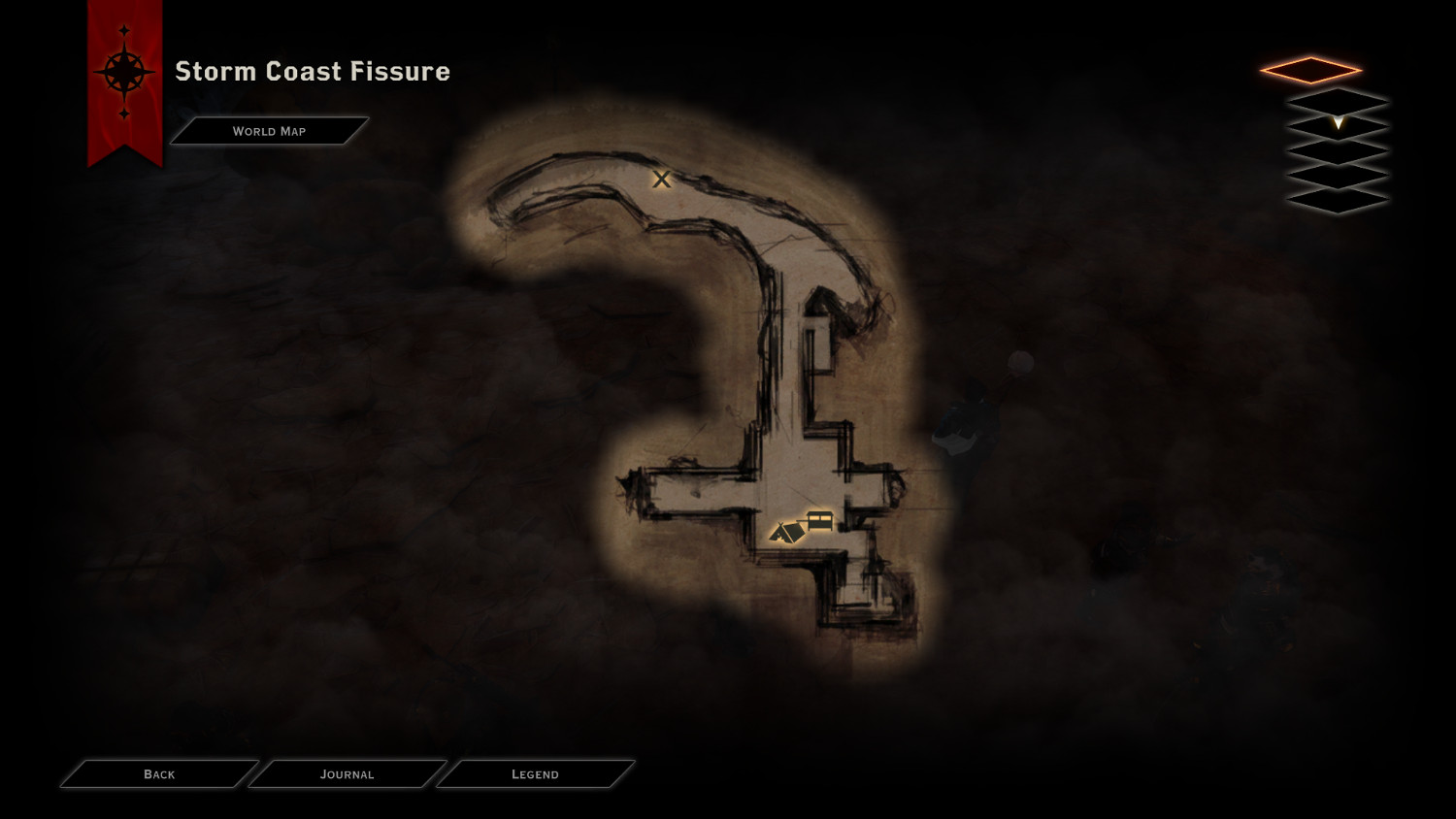