Varric Tethras is an NPC in Dragon Age 3: Inquisition who may join your party as a companion. 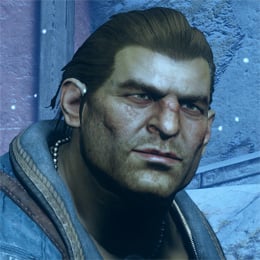 "Varric Tethras is one part adventurous rogue, one part dashing storyteller, and three parts trouble. Born on the surface, Varric has little love for his underground brethren—all his contacts lie with the dwarves of the Merchants Guild, though he has little taste for their schemes. Still, he has found a place as an outsider, rubbing shoulders with both the wealthy elite as well as the worst of scoundrels. To hear him tell of it, that's all he truly cares about, though anyone who truly knows him claims differently. They say that, try as he might, Varric has been drawn more and more into conflicts that shake the world—ones that he can't get himself out of with a quick tale."

((Please scroll down to see his War Table Operations))

Yes: Varric is first met during the Wrath of Heaven prologue, and automatically joins your party.
Leaves: ??
Abilities and Specialization: He is a Artificer with Caltrops and Long Shot abilities

Varric is not available to romance. 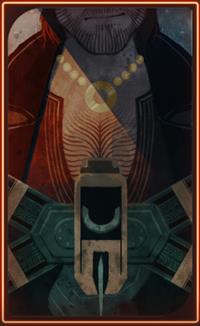 Varric Approval is determined by your choices in conversation and in the game decisions in Dragon Age: Inquisition. Below is a list of all his reactions to quest and personal dialogue. Approval rating may be checked at the "Gather Party" screen by observing the cards, or by the interactions with the NPC.

You will receive ( +2) approval for each Red Lyrium vein you destroy. There are a total of 12 (see the page above for locations).

You will sometimes receive ( +1) approval for killing Red Templar enemies with Varric in your party.

First time speaking to him
"...Most people would have spread that out over more than one day."

After Champions of the Just / In Hushed Whispers
"... What will you do to celebrate"

After fight with Cassandra:

"... I told the Inquisition everything that seemed important at the time. "

During the Somone to Lose quest. If you tell Emalin: