Solas is an Companion in Dragon Age 3: Inquisition that joins your party during the prologue.

"Solas has spent his life as an apostate, living in the wilderness well away from the civilized world and those who would shackle him for what he is. He mastered his magic without the help of tutors, spending years exploring the spirit realm of the Fade and coming to an understanding of its denizens that few others could claim. He would be happiest left alone to sleep in ancient ruins, searching for memories and knowledge that has been lost for ages, but the Breach in the sky threatens all worlds.

At a time when other mages flee into hiding, Solas has put his freedom at risk by emerging from the shadows to assist those who would combat the chaos. He will not stand idly by when his knowledge of the arcane could mean the difference between salvation and utter destruction."

How to Romance Solas

Solas is an elven apostate. Players looking to romance Solas must be female and elven, and must have an understanding of Solas' talents and his ingenuity. Being interested in the Fade and its secrets will be met with high approval 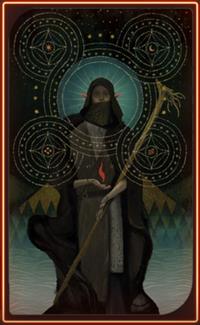 Solas' approval rating is determined by your choices in conversation and in the game decisions in Dragon Age: Inquisition. Below is a list of all his reactions to quest and personal dialogue. Approval rating may be checked at the "Gather Party" screen by observing the cards, or by the interactions with the NPC.

There are a number of Elven Relics scattered across Thedas that when activated grant ( +1) Approval with Solas. Please see that page for their locaions.

First Convo
Question (+1)
All options give an additional (+1)

Mountain Pass (after closing the Rift)
What about the Breach? (+1)

Charge with the soldiers (+1)

The prisoner, then it was you?
All options (+1)

First Convo w/Solas
4 total possible Slightly Approves available. (1 is in a dialogue chain that is only available if you select the correct dialogue in the previous chain)

After Allying with templars in Champions of the Just
"... At least they know how to fight"

(if Connor is alive in your game)
"... I can't believe King Alistair though this was the right place to send the mages."
Tell me what you did to them ( +1)

When asking Solas about Corypherous' plans

After Wicked Eyes and Wicked Hearts

"After out time in Halamshiral, I understand why. I had forgotten how I missed court intrigue."